Because data are everyone´s issue, or they should

Our data, our rules

There are no upcoming events.

🔺Tomorrow 19/11 we will participate in @sharingaction "New Deal for the Future of Data Commons: Data Commons Manifesto" table, at 10.15 am. at @Fira_Barcelona

Colectic is a non-profit cooperative project that works for the inclusion, autonomy and empowerment of people and communities in the social, labor and technological fields; understanding and using technology as a tool for participation and social transformation.

Dimmons is an IN3-UOC research and action group focusing on issues of socio-economic innovation, linked to the challenges and opportunities that the digital sphere opens, and more specifically, the collaborative economy and the common.

Tecnopolítica is a research-action network that seeks to rethink and rebuild the relationships between technology and society. It is connected to the CNSC group at the UOC's IN3. 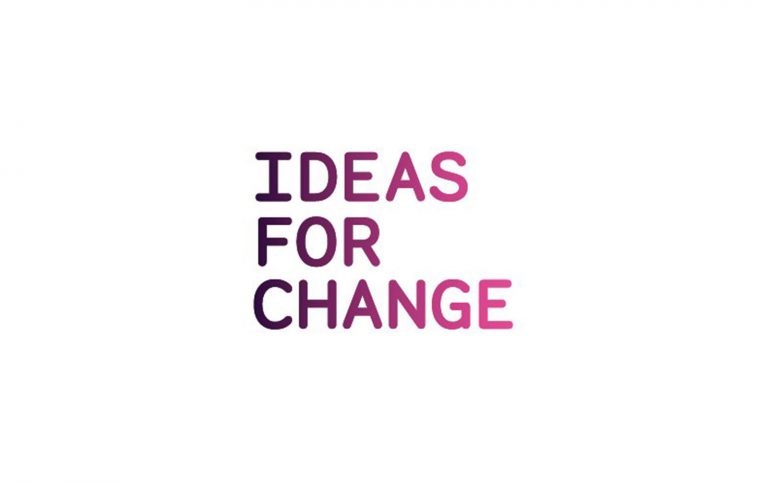 Ideas for Change (IFC) is a strategy and research agency working in the fields of digital social innovation, design of business models with social impact and co-creation. IFC has developed frameworks to catalyze innovative solutions to social challenges through creative combinations of citizen participation, data economics, and collaborative distributed processes.

Eticas Foundation is a non-profit organization that promotes research, prediction, awareness and political advancement in the interaction between technology, data and society

Today, everything can be turned into data.
Digital technology is deeply changing the world and the way we work, learn, move, share, decide; even the way we love.

Although we produce data we do not control it. Data controls us. More precisely: who controls data and technologies, controls us.

Data has value, but it is extracted and exploited without our awareness, and concentrated in a few hands. The most valued companies base their business model on it, and the trend is pervading the rest. States rebuild themselves around data, as well. The quest for profit and power fuels today the datification of the world.

As a result, our individual and collective rights, and the very shape of our lives, are threatened and redefined in new forms of surveillance, exploitation, manipulation, or discrimination. New (or old) forms of punishment, precarity, polarization and inequality emerge.

Democracy is endangered too. Data is used to influence the political decisions of millions. Economically, it feeds monopolistic platforms that erode people´s rights, impact the environment, and give lease life to an unjust and unsustainable economic system.

Capitalism is pushing socio-technical progress down narrow paths, where the possibilities of people, data and digital technologies are not realised. However, there are alternatives. Against the quest for profit and power, they outline a quest for wealth and potentialities for the many rather than for the few.

Free software, hardware, knowledge, and culture point towards a digital society without artificial scarcity, grounded on a logics of fairness and cooperation rather than exploitation and competition. Innovations in digital democracy as well as in the solidarity and cooperative digital economy multiply, and could help to address local and global challenges. Activism for data awareness, empowerment, justice or commons is mounting. Increasingly digitally educated and skilled citizenries are there to be mobilized. Some public institutions react, and new regulations such as GDPR, even if insufficient, can be useful in the struggle.

Against data extractivism, open data and personal data control initiatives are a step in the right direction. However, we must go further. A fairer data economy implies to advance towards a strong model of data commons, one that goes beyond open data by attending not only to the potential of open access to data but also to the conditions of its production, to the power over and the protection from it, to its governance as well as to the social responsibility for its impacts. It implies to avoid data-centric visions by looking not only to data but also to the technological, legal, economical, social and other structures that define it. Strong data commons go also beyond regulations and initiatives centered on individual control over personal data by pointing towards the centrality of the collective dimension.
Resuming: there is a need to advance from open data to data commons, from “my data” to “our data”. Data commons means data of, by and for the people.

In the face of this, we declare that

We still believe in freedom, equality, and fraternity, and the need to strive for a just society. A socio-technical contract on data in the digital era will be necessary to advance towards it.
We believe in data sovereignty/autonomy, data justice and data commons: people should be able to equitably control, share and benefit from data. If, historically, the market has symbolized freedom and the State formal equality, we believe commons points towards fraternity and sorority, and should be the base of a better digital society.
Data collection and use must be consensual, fair and transparent (Good Data Principle #11, The Good Data Project ).
Data is not neutral or unbiased, so it must bear a critical, political and ethical analysis.
Privacy and data protection are key: furthermore, people have the right to be free from all forms of unlawful or unfair interference in their digital life.
Data is usually relational, so we must think beyond the individual, towards collective rights.

We believe in democracy and self-governance. Data and digital infrastructures should be used to nurture a radical and augmented democracy, a society where everyone is allowed, able and willing to rule, and where collective intelligence, deliberation and action are boosted.
Data should primarily nurture emancipatory social transformation instead of unjust perpetuation, blind disruption or mere innovation.

We believe in an economy that respects and nurtures the living, from nature to our own lives. Today, data and digital infrastructures are a basic building block for this.
Corporations should respect people’s digital life and rights worldwide, the State should work for this, and the people ascertain it.
Sharing and collaboration are fundamental for equal and fair digital societies. People should have easy ways to build commons with their digital lives, and to use them for improving them.
Data should not only respect human rights and the natural world but to help them to flourish (beyond Good Data Principle #14, The Good Data Project).

We also believe data is only a small piece in such endeavors. People and life are their centers.

From beliefs to action

These beliefs, principles, and values inspire us to define a set of broad goals. These goals demand action (from civil society, the public sector, and academia, especially, but also from the private sector). Below, we list some preliminary proposals for action gathered in open meetings during the DDDC process:

Rights and society. Constructing a well-regulated and fair digital society.

Co-construction of a model of data commons, by an initial community comprising any organizations (be it civic, public or private) citizenry, including a contract of technological and social protocols able to reconcile all parties’ interests in a trustworthy, privacy-protecting and mutually value-producing way.
The public sector must regulate, monitor and audit data as well as data-powered (i.e. algorithmic) procedures in order to ensure citizens’ rights and well-being. Promotion and adoption of open standards to foster interoperability and data portability and, furthermore, of data sovereignty, beginning with public procurement processes.
Develop and promote technological, legal and practical tools that provide privacy, security, and ethics by design.
Promotion of quality data ecosystems, including indicators of data science for the common good.
Development and promotion of more understandable (user friendly) privacy agreements, terms of use and other legal tools.

Awareness. Moving towards a data-aware society, with a holistic and critical vision of data.
Raise campaigns to promote terms and conditions and privacy policies that enable digital commons.
Organize campaigns and courses about the values & impacts of data exploitation, data impact and protection, etc.
Develop educational plans on critical data management and science.

Incentivize the development and scope of digital platforms that do not base their sustainability in user’s data exploitation, but in a commons oriented sustainability model, where users, funders and community take a step forward taking the lead of this sustainability.
Take advantage of taxation (specially to big digital corporations) to promote commons business models.
Make for-profit users of open data pay for it proportionally to their intensity of use.
Research different platform models in order to characterize them and develop data commons economic viability models.
Organize trainings about data commons exploitation and foster commons-oriented businesses.
Support data sovereignty and commons communities and ecosystems, with local impact.
Promote community controlled social media and economic exchange platforms (f.i.: local Airbnb)

This manifesto has been promoted by Tecnopolitica.net and Dimmons.net, research groups at the Internet Interdisciplinary Institute of the Open University of Catalonia, in the context of the DECODE project. It reflects the discussions and proposals of dozens of people and collectives involved in the Digital Democracy and Data Commons participatory process, in the co-creation workshops “Distributed architectures for data sovereignty: DDDC pilot kick off”, “Sharing Cities Summit” (2018 and 2019 edition), “Data Control Wars”, “Conversation: data commons and breaches in surveillance capitalism”, “DDDC Sprint: DDDC Manifesto co-writing meeting”, and “DDDC – Sharing Cities Summit (II): debate, workshop and signing of the manifesto”, which took place in Barcelona between late 2018 and late 2019.

We use Matomo web analytics. Matomo is a tool installed on our own servers, keeping all the information generated through the web traffic of this site, isolated from the trace and analysis of companies that want to monitor the web.